JOIN us for a Self-Help WEBATHON to assist the victims of the Costa Rica earthquake!

Leonardo Da Vinci once said: Genius is the ability to hold 2 opposing thoughts in one’s mind at the same time.

Too often, I hear people complain that they did not reach this goal or did not win that deal…yet again! They are disappointed, frustrated and even bitter about it, and perhaps close to giving up.
Unknowingly, they have set themselves up for failure right from the very start.
Their whole strategy (by default, due to no superior strategy) was to try harder… try harder to reach the goal in order not to fail.
By deduction, they are in fact putting all their efforts behind resisting failure. And the saying goes…”what we resist persists”. So they end up getting more of the same, more of what they actually did not want.
Does that sound familiar?

So what does Leonardo Da Vinci have to do with this? 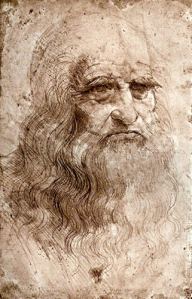 Well, in the above example, reaching the goal and failure are merely two sides of exactly the same coin. So whether we focus on the goal, or focus on the failure, it’s pretty much all the same. It’s a no choice situation. (The goal being formulated from “avoid failure” conditioning; resisting failure is the main driver)

However, if we were to apply Leonardo’s wisdom, we would set ourselves up for a CHOICE situation.

“Worst case, best case scenario” is one way how.

1. Determine the worst case scenario; the worst thing that could possibly happen. Then ask yourself, if this really were to  happen this way, could I live with it? could I find a way? Could I accept it? (Work on this until you can authentically say “yes, I could and would live with it if I absolutely had to; I accept!”)
2. Next, Determine the best possible scenario. What is the best possible outcome?  See it, smell it, feel it, sense it!
3. Now choose between the two. If you had a choice, which one would you choose, knowing that you could live with either?
4. Play full-out for the one you chose, (it’ll most likely be the best case scenario, always keeping in mind that worse came to worse, you could live with the worst case scenario if you had to.)

When you approach a problem or a goal this way, you are no longer putting your energy into avoiding what you don’t want. You are operating from a place of choice rather than one of fixed past conditioning.You are no longer resisting failure.