What is a Leader really paid to do?

‘Mistakes of our time’

What is a Leader really paid to do?

Yet many executives and talented individuals keep trying harder as a strategy for success, caught in the exhausting “react and response” mode where circumstance and emotion rather than wisdom and possibility dictate their every decision.

What is a leader really paid to do? Is it not that he is paid to thin 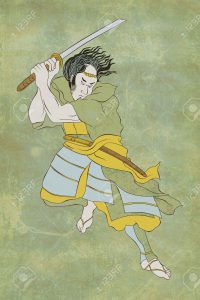 Samurai warriors of ancient Japan understood this. They spent more time developing their mind than doing anything else. A slow, cloudy, tired, upset or unfocused mind could cost them their head!

One might say that the Samurai example is extreme.

Perhaps, however judging by the immense disruption and adversity that industries like the PR, hospitality and even legal sectors are experiencing where expertise is becoming commoditised and revenues drastically eroded, I fear that it may not just be the leader’s head that could be at stake, it could be the very existence of the organisation itself.

One brilliant idea or enlightened move could make all the difference!

Perhaps it is time for Leaders to re-sharpen the “sword” that is their mind.